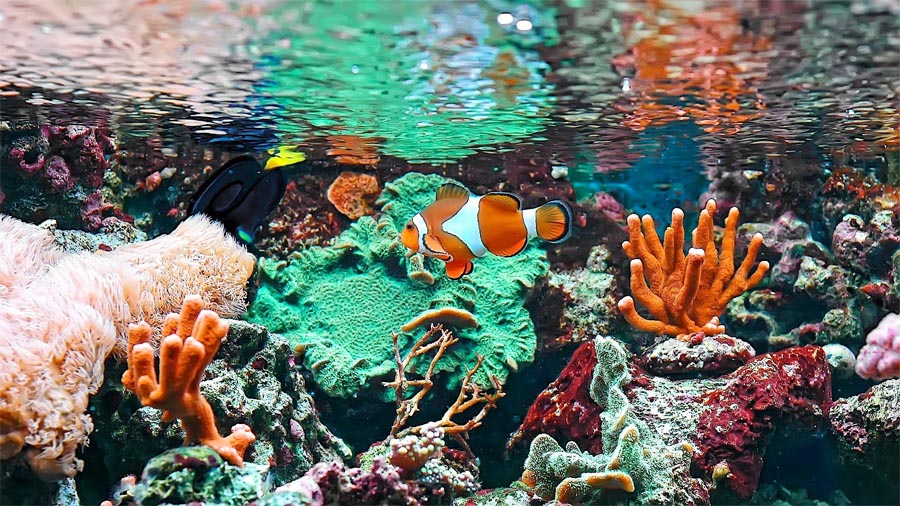 In the oceans of the world, coral are literally marine invertebrates working together in harmony. They usually live in compact colonies and form many colors, thus creating a coral. The hard calcium skeleton on corals is actually because the life underneath is building a shell of calcium carbonate. Corals reproduce asexually and can live for generations. Some corals have tentacles that can "grab" live food from the water, whereas most coral get the nutrition from the water column.  "Zooxanthellae" is on most coral, and it collects energy from sunlight in the form of algae instead of from live food. Usually these are found in shallow, tropical reefs. Corals without "zooxanthellae" can live in much colder and deeper waters in the far north. LPS and SPS corals are the common types when talking about coral for the home aquarium.

"SPS" coral means 'small polyp stony' coral.  Most SPS coral are considered harder to keep than LPS coral. The SPS require very good water quality, lighting, water flow and room to grow. Many SPS do well under metal halide lights, although research has shown that many different styles can be used to keep healthy SPS coral. A SPS coral typically require more water flow, time and attention compared to the LPS and soft coral because of the delicate balance and requirements of the coral. SPS coral are typically considered for "professionals" only because the water must be great and the monetary investment is more compared to LPS type coral.

"LPS" is the 'large polyp stony' coral.  This type of coral is typically larger and easier to keep compared to the SPS type. Many LPS produce long sweeper tentacles which they use for protection. LPS coral can be quite happy with a balance of water flow and light. Usually LPS corals require less light and are much more hardy in water that might not be perfect. Saltwater creatures are always a challenge but the LPS type of corals are just slightly more well adjusted for beginning saltwater enthusiasts. Also, the LPS coral typically cost less as well making them an ideal choice for a starting reef tank. 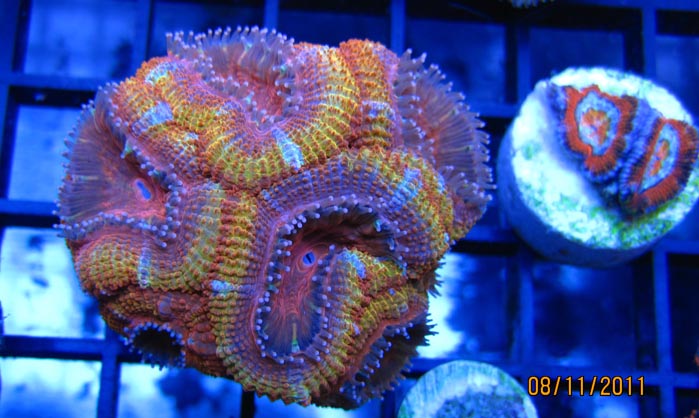 Sick Fish? Check here for a post about disease and treatmentS!